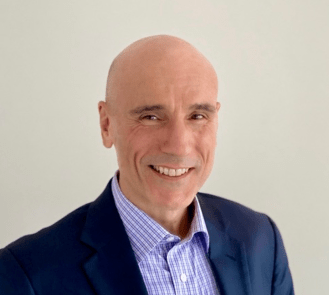 Jorge is a learning and development consultant, facilitator and coach with more than 20 years of experience in the fields of leadership development, conflict management, team effectiveness and sales. Jorge has designed and facilitated numerous training projects involving participants at all levels.

Jorge is a learning and development consultant, facilitator and coach with more than 20 years of experience in the fields of leadership development, conflict management, team effectiveness and sales. Curious and passionate about human behavior and performance, Jorge has designed and facilitated numerous training projects involving participants at all levels, from senior global leaders to frontline supervisors.

His recent clients include Thomsom Reuters, ExxonMobil, Roche, Biogen, Deutsche Bank, Imerys, Ernst & Young and Salesforce. With a solid record of training programs that deliver business results, Jorge has helped frontline managers at ExxonMobil for nine consecutive years with the transition into their roles and trained hundreds of individual contributors in the areas of communication and conflict management. He has also helped Imerys’ mid-level managers improve skills as leaders for seven consecutive years.

Since 2013, Jorge has been growing his virtual training expertise in three different languages and has certified dozens of trainers around the world. An added illustration of his diverse background, with a master’s degree in Biology from the University of Buenos Aires, Jorge served as executive director of the Búzios Atlantic Forest Ecological Institute in the state of Rio de Janeiro in Brazil. He is a co-founder of the Elpis Foundation, a group of professionals focused on educational transformation and social and ecological projects in Argentina. Passionate about education, Jorge also served as a faculty member in the University of Colorado’s Chancellor’s Leadership Studies Program (CLSP) from 2003 to 2008, teaching Foundations of Leadership for the 21st Century.

Jorge is fluent in English, Spanish and Portuguese with education, training and experience equipping him with unique insights into a wide range of industries and educational settings in the U.S. as well as the Spanish and Portuguese speaking world throughout Central and South America. After living in Brazil for seven years and the U.S. for nine years, in 2011 Jorge returned to Buenos Aires, Argentina and currently bases his training and consulting practice from the city.