Whatever It Takes – Unless It’s Snake Oil 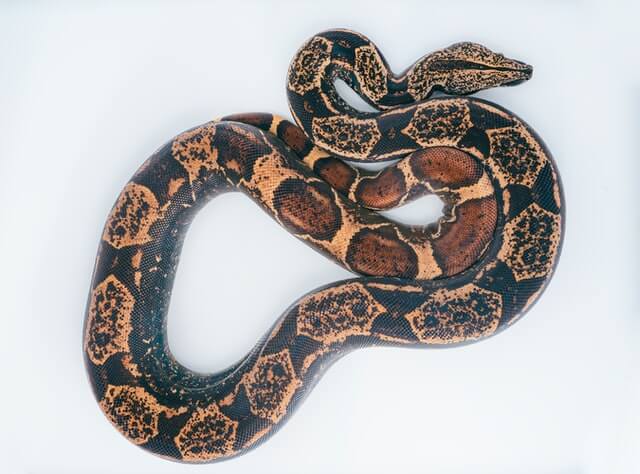 The art of closing the sale is about more than making a deal no matter the cost. Sales ethics is an important part of a winning sales strategy.

In January of 1996, I watched the spectacle that was Diana Ross as she ended her Super Bowl halftime show and ascended into the sky, perched in the open door of an MD900 helicopter. “You can’t just sit there and wait for people to give you that golden dream. You’ve got to get out there and make it happen for yourself,” she was quoted.

These are inspirational and fitting words from the lead singer of The Supremes, the best-charting female group in US history, who went on to turn “Ain’t No Mountain High Enough” — a true anthem of persistence — into a solo-career-launching chart-topper.

As salespeople, we often bolster ourselves with these inspirational examples of achievable conquest. After all, we are sellers! We are capable of anything! We’ll do whatever it takes to get that sale!

But there are clear cases within the art of closing the sale where “whatever it takes” is not the right approach, especially when that “whatever” begins to include tactics that deceive, purposefully confuse, or trap our customers.  It becomes important to consider the sales ethics of the strategies we are using when we walk this fine line.

Sellers have ventured into questionable moral territory for millennia, but in the United States’ comparatively short 245 years, our sellers have done so much of “whatever it takes” that they’ve molded modern laws and lexicon.

Connecticut earned the nickname “The Nutmeg State” thanks to less-than-honest pre-revolutionary “Yankee peddlers” who swapped carved wood “nutmegs” for the real deal, selling them to unsuspecting spice-seekers.

Just a hundred miles away, New York City was rocked by the Swill Milk scandals of the 1850s, which saw low-quality milk “fortified” with everything from Plaster of Paris to rotten eggs and sold as “Pure Country Milk” to unsuspecting city folk. The result: the state’s very first food safety laws. Finally, fifty years later, serpent enthusiast Clark Stanley was nabbed for fraud by federal investigators after concocting a fake version of a folk remedy, gifting us with the term “Snake Oil Salesman.”

Fast forward to 2021: times and goods may be different, but the wrong kind of “whatever it takes” persists. Silver bullet, cure-all elixirs have taken a new form, rebranded as certain “sales strategies” that guarantee a win. With names that encourage “spinning”, “trapping,” or “drowning” the customer, they seem to more closely represent medieval torture.

Like their predecessors, these techniques are manipulative at best and unethical at worst. We salespeople shouldn’t be fooled by the buzzy trends and promises of easy sales: any methodology that would insult a customer, were they to know it was being used, should be abandoned.

They’re certainly not helping the “salesperson reputation” either. In fact, car salespeople have consistently ranked in the bottom quarter of Gallup’s Honesty/Ethics in Professions poll every year since 1977, and finally dropped below politicians to place dead last in 2019. (You may not sell cars, but just as in sports, the “team” of salespeople is only as good as its weakest player.)

So, what can be gleaned from this mini history lesson?

As professionals, we must redefine “whatever it takes.” We must have high standards for our sales ethics. We must follow a code of conduct… and that code should not include the modern equivalents of wooden nutmegs!

To build our personal code of conduct, we’d be well served to draw inspiration from the chart-toppers — the Diana Rosses — of the Honesty/Ethics in Professions poll: Nurses.

Our professions do, in fact, have a very clear core similarity: our customers (patients) have a problem, and we have the expertise, products, and services to care for them. The difference? Nurses have inherent trust; we as sellers must work to earn it. There are a few ways we can do that:

With these thoughts in mind and nurses as our guides, it’s also useful to bring our inspirational examples into reality. While a song called “Most Mountains Ain’t High Enough” will not earn you a helicopter lift out of a football stadium, and “Whatever It Takes (with Caveats)” isn’t a punchy inspirational motto, they will get you on the right track to being a better seller. Isn’t that the quick-fix, miracle cure you were looking for all along?